December 31 2019: China alerted WHO of cases of unusual pneumonia in Wuhan.

January 5 2020: China ruled out the possibility that this was the SARS virus, a virus that killed over 770 people worldwide in 2002-2003 that originated in China.

January 7 2020: WHO announced that this was a brand new virus that belonged to the coronavirus family, which includes SARS and the common cold.

January 13 2020: WHO reported a case in Thailand, the first outside of China, in a woman who had arrived from Wuhan.

January 16 2020: Japan reports a case in a man that had also visited Wuhan.

January 20 2020: First case of the coronavirus in the US, in Washington State. It was found in a man who had recently visited family in Wuhan. China also reported their third death from the virus and a Chinese expert on infectious diseases confirmed that human-to-human transmission had occurred.

January 23 2020: Wuhan was placed under effective quarantine, along with Xiantao and Chibi, all three being cities in the Hubei province. Officials also reported on the first death outside of Hubei.

January 30 2020: WHO declares a coronavirus a global emergency. The death toll in China rises to 170, with more than 7,711 cases in the country. India and the Philippines also reported their first cases of the virus.

February 1 2020: Death toll in China rises to 259, with 11,791 confirmed cases. New cases of the virus found in Australia, Canada, Germany, Japan, Singapore, The US, The UAE, and Vietnam.

February 2 2020: First death outside of China, in a man that was from Wuhan that had died in the Philippines from the virus

February 5 2020: WHO confirmed that there was “no effective treatment” for the coronavirus, While the death toll in China reached 490, with over 24,324 people infected.

February 7 2020: Li Wenliang, a doctor who was one of the first to try to warn others about the coronavirus, died from obtaining the virus himself.

February 12 2020: One hundred seventy-five people were found that were infected aboard the Diamond Princess cruise ship, according to the Japanese Health Ministry.

February 14 2020: France reported Europe’s first death of the virus, while Egypt became the first country in Africa to report a case.

February 15 2020:  The United States prepared to evacuate all of its citizens from the Diamond Princess cruise ship, which was quarantined at a Japanese dock. Meanwhile, the death toll in China passed 1,500, with 66,492 confirmed infections.

February 16 2020: Taiwan reported its first death due to the coronavirus.

February 17 2020: Japan confirmed 99 new cases of the virus on board the Diamond Princess cruise ship.

February 19 2020: Iran reports its first two deaths from the virus, hours after confirming its first cases.

February 20 2020: South Korea reports its first death from the coronavirus.

February 27 2020:  Health officials in Washington State say that there is “no need to panic” about the coronavirus and that the state will be able to start testing people for the virus beginning the next day.

February 29 2020: The United States has its first death from the virus in Washington State. Washington declares a state of emergency.

March 2 2020: Four more people in Washington State die from the coronavirus, bringing the total to 6 deaths and 18 infected.

March 3 2020: North Carolina announces its first case of the coronavirus in Wake County, in a man who had recently traveled to Washington, which has just reached it’s ninth death with 27 others also testing positive.

March 5 2020: Fifty-nine people have now tested positive for the coronavirus in Washington State, with the death toll reaching 11.

March 6 2020:  US President Donald Trump signs an $8.3 billion aid package to combat the spread of the coronavirus in the United States. A second case of the coronavirus in North Carolina was confirmed, this one in a man from Chatham County who had recently traveled to Northern Italy in late February. Governor Roy Cooper says to expect more cases with increased testing.

March 8 2020: A man that attended the CPAC tested positive for the coronavirus. Texas Senator Ted Cruz is now self-quarantine after coming in contact with the man at the event. The death toll from the virus in the United States has reached 22, while over 500 people have been infected.

March 9 2020: Five more people have tested positive for the coronavirus in North Carolina, bringing the total of confirmed cases up to 7. All 5 cases are unrelated to the previous 2. They are all Wake County citizens who traveled to Boston to attend a BioGen conference in late February. The number of infected in the US reaches 423, while the death toll is at 19.

This is a developing story. 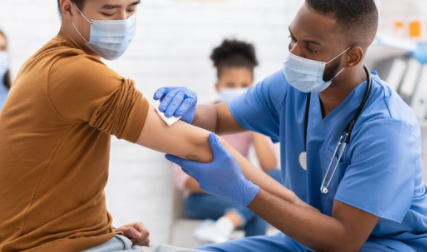 Some schools are requiring covid vaccinations for in-person classes. Can and will public high schools follow? 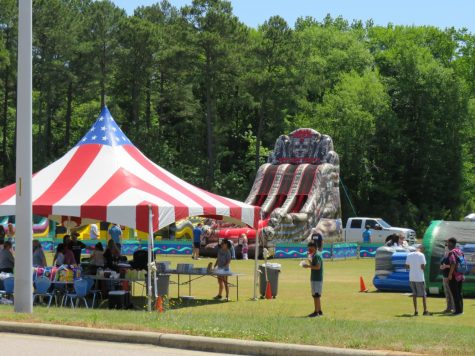 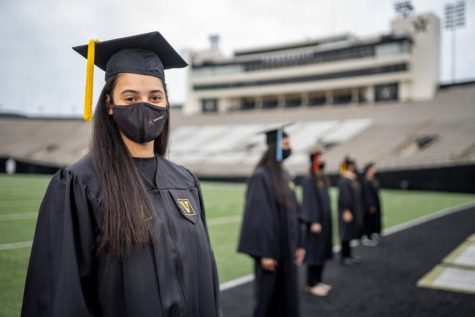 Graduation May Look a Little Different This Year.