Black History Month is a time where African Americans take time out and reflect on what the people before them fought for. It is a time for celebrating and being thankful for the hope and lessons that were learned. From the responses we’ve gotten from interviewing, lots of people listed Martin Luther King, Jr., Malcom X and Rosa Parks as some black leaders who led historical events and have a very heavy influence on the culture.

But, let’s take a look at some people who are not talked about as much, but what they did was impactful.

Dr. Shirley Ann Jackson is behind the growth in funds, faculty and programming at RPI. Since 1999 her Rensselaer Plan has made $1.25 billion in invested funds.

Melvin L. Oliver was the sixth president of Pitzer College, a professor, author and an expert on racial inequality. He promoted facility diversity and increased access for underrepresented students at undergraduate and graduate levels.

There are multiple African American people who have contributed to the Black History Month including Harriet Tubman, W. E. B DuBois, The Greensboro Boys, Maya Angelou, among others. The African American culture is so unique in many ways, for example the dances, music and sports that we are apart of. From the music making all the way up to life changing events that are held by African Americans describe how our race. The celebrities who help make a difference in this world for example Kobe Bryant, he was a great basketball player and he was a legend. Sadly, his life was cut short but he will always be a legend in our lives. People all over the world were truly impacted by Kobe Bryant.

Black History month is for the African American leaders who helped pave the way for us African American today. It is up the generations now to live up to their legacies and all the hard work they did just for us to be able to read, write, or even go to school. We should never forget what our ancestors did for us. We should all be Black Proud. 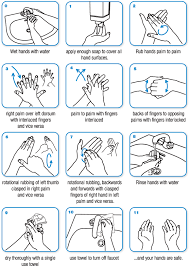