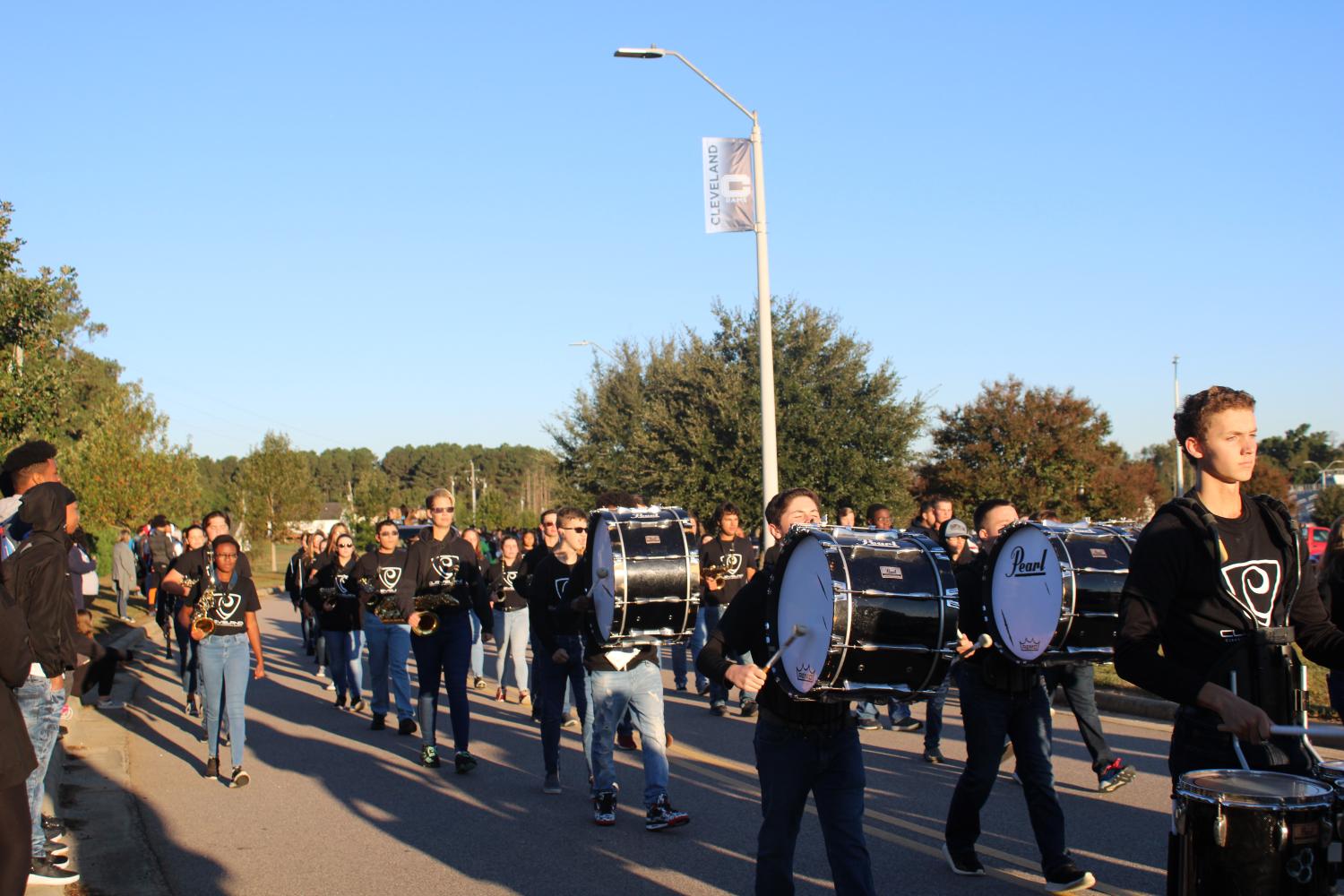 To watch the parade, all of the students lined up around the parking lot and across the front of the school.  Students attended the parade with their advisory classes.

One of the students who attended the parade as a spectator, Chase Rogers, said, “It was a very exciting experience for my first year of high school.  It was cold outside, but I liked getting the time to hang with my friends.”

The parade gave students a new perspective on school and allowed them to focus on nonacademic opportunities. In addition, the parade gave teachers the opportunity to collaborate with students outside of the classroom.  Allison Matthews, a Science Teacher at Cleveland High School, was one of those teachers who was heavily involved. She worked hard to make the parade a success. Her favorite part of the parade was when it started because she liked how the cheerleaders, band, and ROTC got the students ready for the homecoming game.  One thing she missed this year was the elementary students at the end of the parade.

The parade showcased many different clubs and sports teams that are available at Cleveland High School.  Each club or sport had their own float that they decorated before the parade. Some of the clubs and sports that had a float were Student Council, FFA and the Swim Team. Aidan DeSimone, a member of the Swim Team, said, “Our float was in the back of a pick-up truck, and we wrapped it in bulletin paper to decorate.”

The level of decorations on all of the floats were different, but it was clear that most put thought and effort into it.  In addition to the clubs and sports, students who are running for Homecoming Court were also in the parade. One of these students, Dylan Stone, has participated for the past two years. He said one of his favorite parts of the parade was throwing out candy. When asked how he felt the parade could be better, he said more club involvement would be appreciated. 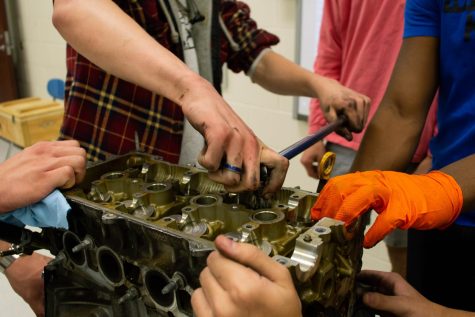