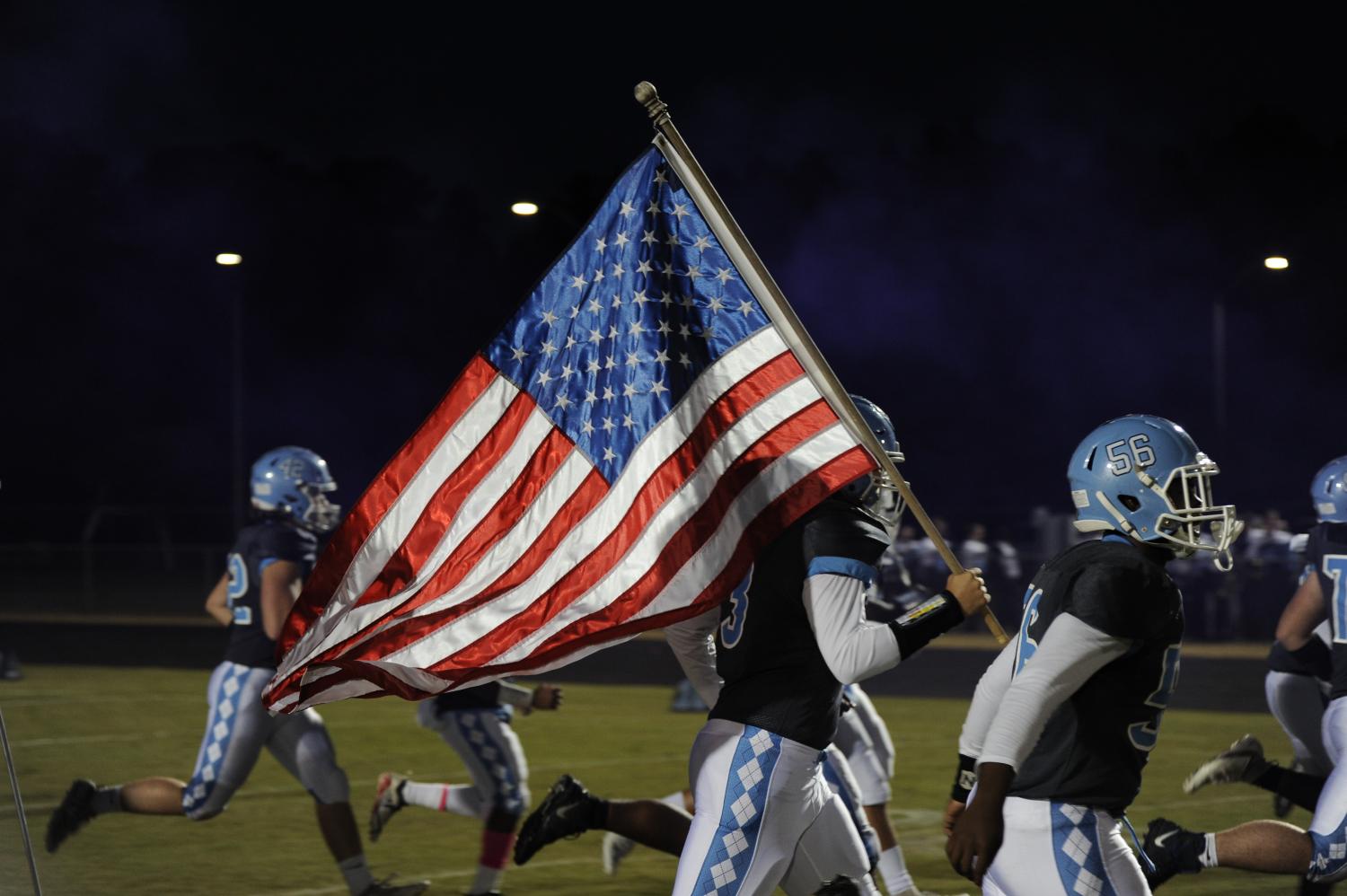 The Cleveland High School varsity football team is on a roll, with only one loss out of the seven great games they have played. They are not sure if this is out of luck, or if they are just that good, but sophomore Skylar Locklear, quarterback, number 12, says he gets luck from his dog, Chopper. Any night before any game, Locklear will sleep with his dog Chopper because he thinks it brings him luck.

The team as a whole has some great traditions. Wide receiver, Nick Roccia, and running back, Kaden Hall, who are both juniors, say they always have a pre-game devotion along with a meal. Nick says for the team’s devotions, a pastor comes and prays with the team for a safe, fun game.

Senior Linebacker, Matthew Toomey, started playing football when he was eight years old. Matthew has held onto his cleats from when he had played in the little league. He says they do not fit anymore but they bring him good luck.

Defensive end, senior Travis Waters, says before games he listens to music. He listens to Frank Ocean and Adele. It clears his mind and gets him ready to focus on the game. Travis is not alone with the music before games. Senior Jacquez Durham, wide receiver and safety, says as a team they blast music in the locker room to get everyone hyped up.

Senior Kameron Cook, wide receiver, talked about an inspiration in his life that he only experienced for a year, but it was one of the best experiences that he learned so much from, Coach John Jacobs. Cook said Coach Jacobs taught him many things that are so beneficial to him, and he uses the skills he learned from him often.