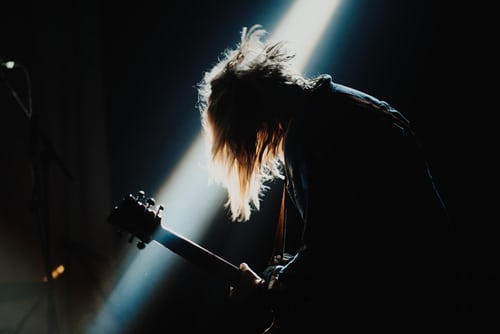 Is rock music really just about suicide, drugs, and violence?

In a way yes, but there are also deeper meanings. The song “Suicide Solution” by Ozzy Osbourne is about the dangers of alcoholism. It was controversial when it was released in the 1980s. Many people thought the song was trying to persuade people to kill themselves after John Daniel McCollum committed suicide while listening to Ozzy Osbourne, and his parents sued Ozzy for pushing him into making the decision. “Suicide Solution” was not trying to get people to commit suicide, but people misinterpreted the meaning.

Rock does talk about tough topics, but these things are important. Not all rock music is about the devil or has screaming. In fact, most of it has powerful messages. People seem to think they can just avoid topics like suicide and sexism, but they are present in our everyday lives and that reflects in our music. Lots of rock music is relatable to people. Teenagers battling depression can listen to Three Days Grace or My Chemical Romance to help cope with their feelings. Veterans can look to bands like Five Finger Death Punch that talk about what it is like to experience war. Rock also talks about politics such as Grandsons’ “Thoughts and Prayers” and Guns N Roses’ “Civil War.” There are also songs about death and losing people. Rock music can make people feel less alone and learn good life lessons from the music they listen to. Rock music can make people feel more optimistic or know they are not alone in what they are dealing with.

Yes, some rock artists have killed themselves or overdosed, but that is not what all rock is about. There have been artists such as Alice in Chains singer and guitarist Layne Staley, along with the band’s bassist, Mike Starr, who have died from drug overdoses. Band lead singers like Kurt Cobain, the lead singer of Nirvana, and Chester Bennington, the lead singer of Linkin Park, have killed themselves, and their music reflected their suicidal thoughts. Songs like Linkin Park’s “Nobody Can Save Me” and Nirvana’s “You Know You’re Right” describe what depression feels like. Rock is not the only genre of music that has featured overdoses and suicides. Country artists such as Mindy McCready committed suicide, and Gram Parsons died from drug and alcohol complications. There have also been suicides, like King Tut, and overdoses, such as Mac Miller, in the hip hop industry.

Rock was first introduced in the 1950’s, but it really took off in the 1970’s. With the rise of The Beatles, rock became more popular, and the sound of rock changed forever. Over the years the sound of rock music has changed. It has gone from having a blues influence to an electric influence. During the ‘50’s, rock music sounded like blues combined with jazz and gospel. Artists like Chuck Berry and Elvis Presley started taking over the rock n’ roll industry. In the ‘60’s and ‘70’s, rock was heavily influenced by blues and folk. Bands like Creedence Clearwater Revival and Lynyrd Skynyrd have a kind of southern roots rock sound that was big in the ‘60’s and ‘70’s. Rock started to create its own sound in the ‘80’s, and heavy metal became more popular. ‘80’s rock is more like pop and electronic than blues, but it still has its own distinctive sound. Then in the ‘90’s, the grunge era took off, and rock music went back to the basics. The grunge era led into 2000’s punk rock, and bands such as Blink-182 and Sum 41 were in the spotlight.

Rock music today does not sound like the music of past decades, even as close as the 2000’s. If you listen to Slayer and Slipknot, they sound completely different. Slayer has an older fast rock sound and Slipknot has a deep metal sound. Now there are no bands that sound like AC/DC or The Misfits. Songs today do not have a soulful rock sound like Bob Seger’s “Old Time Rock & Roll” or Collective Soul’s “Shine.”  There are a few current bands, such as Greta Van Fleet, that have recreated the old blues rock sound and are bringing real rock and roll back.

The rock music industry is dominated by men, but it is now more accepted that women are in the rock industry. From Pat Benatar to Joan Jett, women have created amazing songs in rock music. There are still not a lot of women present in rock music, but it has improved. Women like New Year’s Day lead singer, Ashely Costello, and Evanescence lead singer, Amy Lee, are showing that women are able to sing heavy metal. There have also been all female rock bands like 4 Non Blondes, whose singer/ songwriter Linda Perry is a popular songwriter these days, and the band Heart had lead female singers. Some of the biggest names in rock music have been women such as Stevie Nicks and Janis Joplin.

All genres of music, including rock music, express emotion and the good and bad sides of life. Ozzy’s “Suicide Solution” is about man’s struggle with alcoholism and the emotion behind it. It is no different than The Weeknd’s 2015 pop hit “I Can’t Feel My Face” or Post Malone’s 2016 rap/pop mashup “Feeling Whitney.” The sound and stigmas of rock music will continue to change, but the past rock n’ roll will forever be remembered. 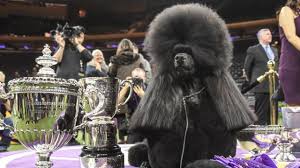 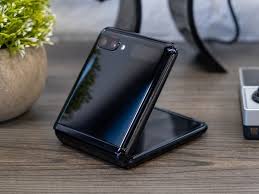