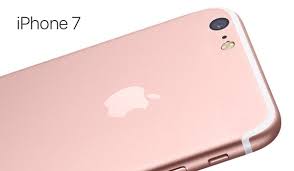 The new iPhone 7 has many new features, and Apple hopes that iPhone is back and better than before.

The battery life has been enhanced twice as much as previous iPhones. The battery is able to last at least two hours more than the six and six plus models. The phone is also now water and splash resistant, making it more resilient against water damage.

The camera, which is now two cameras in one, has twelve megapixels, optical zoom stabilization, a seven megapixel HD facetime camera and quad-LED true tone flash.

The display is much more vibrant than older models. The wide color gamut gives it that very vibrant display along with the 25% more brightness. It is now 3D touch, too. When a person uses 3D Touch, the iPhone responds with subtle taps, so not only will the user see what a press of the button can do — he or she will feel it. The new retina HD display on iPhone 7 deeply integrates 3D touch throughout iOS.

With the new stereo speaker system, people can listen to their favorite music or watch their favorite shows and hear them more clearly. The speakers make the phone more than twice as loud as the iPhone 6, and now Apple has introduced the earpods. The earpods are bluetooth, cordless earbuds that can be worn without the hassle of the cord.

Now with the faster LTE and worldwide roaming, a person can seemingly go anywhere and do anything. What’s next? Three way Facetime?