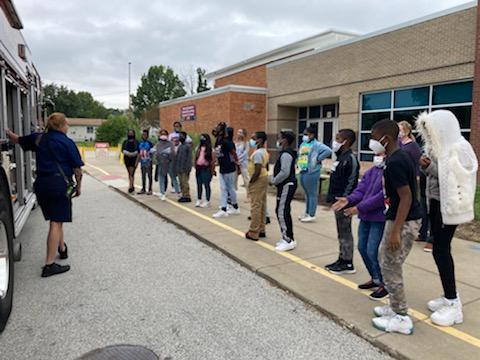 Jana Elementary is a school in Missouri that consists of a little over 400 students. The radioactive waste was from nuclear weapons that were being produced during WWll.

There was more radioactive waste than they thought. According to cnn.com, ”The level of radioactive lead, known as lead-210 was found in the kindergarten playground.” Lead exposure is very dangerous for humans to be around. It can cause damage to the brain and kidneys. It can even be lethal if the exposure is high enough. But you may ask yourself: how did it get there, or was it there all this time?  Well nbcnews.com says, ”Jana Elementary school is located in the flood plain of Cold Water creek that was contaminated in the 1940’s and 50’s.” So it could be possible that the creek flooded and carried the waste towards the school. Students were forced to switch to temporary online learning until it is safe to go back. This left a big impact on the school and its students, and hopefully, they can go back to normal soon.

Another school went through a similar situation, but instead of radioactive waste it was with an oil spill. According to Wral.com, ”strong winds and heavy rain from hurricane Ian are being blamed for the oil spill.” This happened near Clayton High School, and it is estimated that it was 2,000 gallons of oil that was spilled into a creek behind the school. According to Witn.com, “Locals can smell the fumes and are concerned about students and people who live by the school.”

Hopefully, Jana Elementary and Clayton High can rebound from these issues shortly.