The Major League Baseball season is back after the MLB Players Association reached an agreement on a new collective bargaining agreement to officially end the lockout. It’s safe to say that after 38 games, some teams have been a lot more successful than others. So we’re going to take a look at the MLB’s top 5 teams, and the bottom 5 teams.

The number one team in the league so far has to be the New York Yankees. The Yankees are the best team in baseball right now and have started out hot with a 28-10 record. They are currently in first place in the American League East division.

The second best team in Baseball is another New York team right across the East River. The New York Mets are 26-14 this year and are currently 7 wins ahead of the Phillies, putting them in first place in the National League East division.

Across the country, out on the west coast, the third best team in the MLB is the Los Angeles Dodgers. The Dodgers are 25-12 to start out the year and are 1.5 games ahead of the Padres in the National League West division. The Dodgers also have won the most games at home this season, winning 15 games in Dodger Stadium.

The fourth best team in the league is the Milwaukee Brewers, who are 24-14 so far this year. They are 12-5 in Milwaukee and 12-9 on the road to start off the season and are currently in first place in the National League Central division. They are 4 wins ahead of the second place St. Louis Cardinals.

The fifth best team in the Major Leagues this year is the San Diego Padres, who are 24-14, just like the Brewers, to begin the season. They have a better record on the road this year, as they have 14 wins away and only 10 wins at home. They are actually in second place in the National League West division, but are only 1.5 games back from first place.

Now it’s time to look at the worst teams in baseball. Far and away the worst team in the league this year is the Cincinnati Reds. The Reds are currently 11-27 with a 28.9% winning percentage. They are in last place in the National League Central division and are 13 games back from first place. It’s not looking good for Cincinnati this year.

The next worst team in baseball in 2022 are the Washington Nationals. The Nationals have a record of 13-26 this year and are in last place in the National League East division. This season, Washington is worse at home than on the road. Their home record is 5-15, and their away record is 8-11. They are 12.5 games back in their division.

The fourth worst team in the Majors this year is the Kansas City Royals. Kansas City is 14-23 to start the 2022 season, and if things don’t turn around soon, they might end up worse than Detroit this year. The Royals are 8-12 at home this year and 6-11 on the road. Kansas City is 7.5 games back from first place in the American League Central division.

The fifth and last worst team in the MLB this year is the Baltimore Orioles. Baltimore has been known the past few years for being one of the worst teams in baseball, and this year is no exception. The Orioles are currently last in the American League East division with a record of 15-24. They are 5-14 on the road and not much better at home, with a record of 10-10. The Orioles are 13.5 games back in their division. 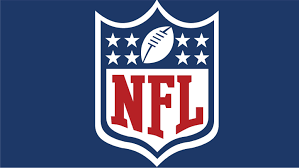