Efforts to celebrate and recognize the importance of Asian and Pacific Islanders in the United States began in the late 1970s, and after nearly a decade the event became a permanent full month celebration. In the 90’s it was recognized as a week-long event, but in 1992 the observance was changed to last a full month, named Asian/Pacific American Heritage Month. In 2009 the title was changed to AAPI Month. The first Asian immigrant arrived on May 7, 1843 — which is why May holds such significance to AAPI communities.

May pays tribute to AAPI people because of their impact on America. Throughout the United State’s history, Asian and Pacific Islander Americans have contributed much to the American culture — including sciences, arts, literature, politics and activism. Even though they have contributed so much to society, AAPI people have faced a number of stereotypes. One of the largest stereotypes of AAPI people is that they are “perpetually foreigners”. Throughout the years, immigrants have faced struggles revolving around the separation of AAPI people and “real Americans”, however, Asian Americans and Pacific Islanders are the fastest-growing racial group in the United States.

Over the past few years, there has been a rise in hate crimes against AAPI people. In 2020, Asian hate crime rates rose a startling 339% from the year previous. It is estimated that 1 of every 4 AAPI Americans has experienced hatred based on their race. To view more statistics, visit the AAPI Data website here. Over the last couple of years the hashtags #StopAsianHate and #StopAAPIHate have begun trending on social media in an effort to spread awareness and prevent crimes against AAPI people.

Here are some ways you can celebrate AAPI month:

When celebrating Asian and Pacific Islander people, it is important to make sure that celebrations do not border on offensive territory, whether harm was intended or not. Everyone should be able to enjoy the beauty of AAPI cultures.

If you are interested in learning more about AAPI month, visit the Asian Pacific Heritage Website here. 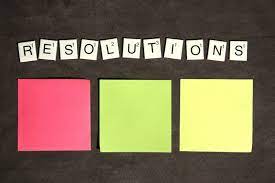 How Often Do People Follow Through on New Year’s Resolutions?