The MLB has been in a lockout between owners and the MLBPA (players’ association) when they could not agree on a new deal which led to more controversy. This led to cancellation of some games during the regular season, with free agency being put on pause until the new deal was signed. This labor deal came after the MLB lockout for over two months. This deal has led to some changes in the league.

What this changed for the game

This deal has led to some new changes such as the MLB banning shifts starting in 2023. The deal has changed the postseason playoffs, too, because now it is 12 teams instead of 10. The minimum players will be paid is $700,000, which is from $570,500. With this, the MLB is also implementing a pitch clock, which is 14 seconds when no runners are on base and 19 seconds when there are runners on base. The MLB is also implementing larger bases to keep the players safe from some injuries. Finally, the entire league is adopting the universal designated hitter. This means that National League pitcher no longer have to bat in games. 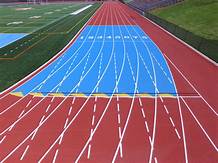