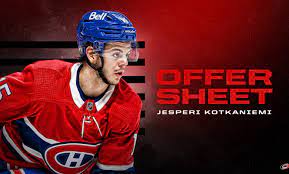 On Saturday, the Carolina Hurricanes announced that the team had acquired forward Jesperi Kotkaniemi after the Montreal Canadiens didn’t match the offer sheet of a 1-year contract worth $6,100,015 with a $20 signing bonus for the 2021-22 season. The Hurricanes had to send a first and third round pick in the 2022 draft to the Canadiens as compensation.

“We believe he (Jesperi Kotkaniemi) will flourish in Rod Brind’Amour’s system and culture, and he will be an important piece of what we are building in Carolina for years to come,” General Manager Don Waddell said in a press release.

Kotkaniemi is a young 21 year old who can play a skilled offensive role with the young core. He makes everyone around him better. To start, he is going to play left wing. He could fit on a line with Vincent Trocheck and Marty Necas. He could also fit in on a line with Jordan Staal and Jesper Fast.

The Canes also announced that defensemen Jake Gardiner will be on LTIR (long term injured reserve) for the whole season due to having hip and back surgery. This move will keep the Canes under the maximum salary cap by $2.5 million.

What the lines will look like as of right now:

How the offseason went

The Hurricane’s offseason didn’t go very well at all. They lost arguably their best defensemen, their Calder trophy finalist goalie, and a key player in Brock McGinn. However, they gained a couple of good players in Kotkaniemi and Bear. Both are very young and have a high upside, especially considering how well the Canes are with player development.

How will the season go

The season will be dictated by how well the new guys play. Can the goalies stay healthy? Can Staal have the same impact as last year? Can Trocheck and Niederreiter keep up the same pace? Can Kotkaniemi show he’s worth $6.1 million? Can Deangelo show he’s learned? If all of these things pan out, then it will be a great season. If not then, it’s going to be a not-great season. 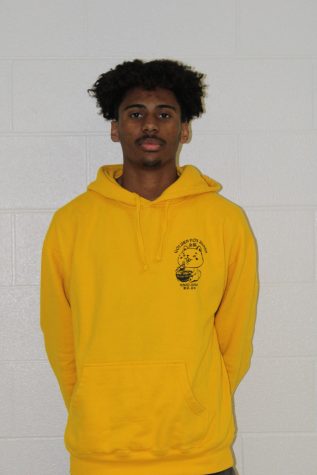