The Oscars occurred for the 93rd time this year and were the first to ever be held during the global pandemic. Most movies that were nominated for the Academy Awards were not shown in theaters, but still managed to gain lots of recognition. The awards location took place at the Dolby Theater and the Union Station, which are both located in Southern California.

Those that were nominated for an award and those who were presenters went all out for their appearances. This was shown through the thorough detail and hard work the designers put into the outfits. Regina King arrived in her dazzling outfit, which was a dress half covered in Swarovski crystals and custom made by Louis Vuitton. Amanda Seyfried resembled a rose with her flowing red dress that definitely stood out in the crowd with Zendaya’s bright yellow gown. As Halle Berry and Colman Domingo went for pink looks, nominees Carey Mulligan and Leslie Odom Jr. went with bright gold attire. Looking at the unique and glamorous outfits worn this year helped make up for so much that was lost during this year’s ceremony.

This year’s Academy Awards had some surprising winners and was more diverse than in the past. The film “Nomadland” won three awards, which included Best Actress (Frances McDormand), Best Picture, and Best Director (Chloe Zhaou). Chloe Zhao was presented a winner for being Best Director for “Nomadland” and was the first woman of color to be nominated for and win this category. She is only the second female director to have ever accepted this award.

Many were saddened by the loss of Chadwick Boseman, as he lost his battle to cancer this past year, but were content to see him listed as a nominee for Best Actor. Anthony Hopkins won this category, and many were very upset because they expected Boseman’s victory. Hopkins did not show up to accept his award and many claimed that the Oscars ended as a let down.

Actor Tyler Perry accepted his Humanitarian award for his generosity and kind acts to the public. Perry has been known for giving to the homeless, paying students’ tuition, and donating to shelters. He has shared in the past that he has been through homelessness and been in the same shoes as those who he has helped. While sharing his deeply heartfelt speech after accepting his award, he said, “I would hope we would refuse hate.”

Another inspiring speech that was shared was told by Thomas Vinterberg, in which he shared the story of how his daughter was killed in a car accident during the production of “Another Round.” She was supposed to appear in the movie but passed away only four days into filming. Vinterberg devoted his speech to his 19 year old daughter and said, “We wanted to make a film that celebrated life. And we miss her, and I love her.”

The nominees, presenters, fashion, speeches, and films made up what this year’s Academy Awards was all about. The struggles with diversity and people coming together have been big issues this past year, but were represented this past Sunday night. Visiting locations for movie theaters were limited due to Covid this past year. Even with the difficult circumstances that took place, hard working actors still managed to have major achievements and recognition. 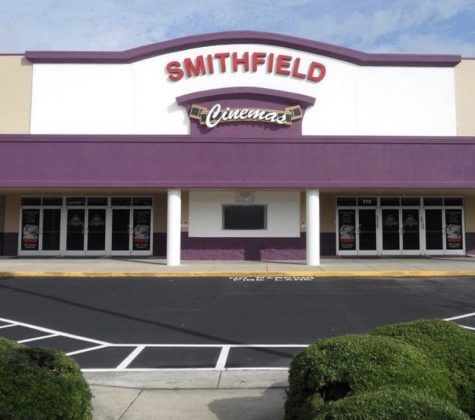