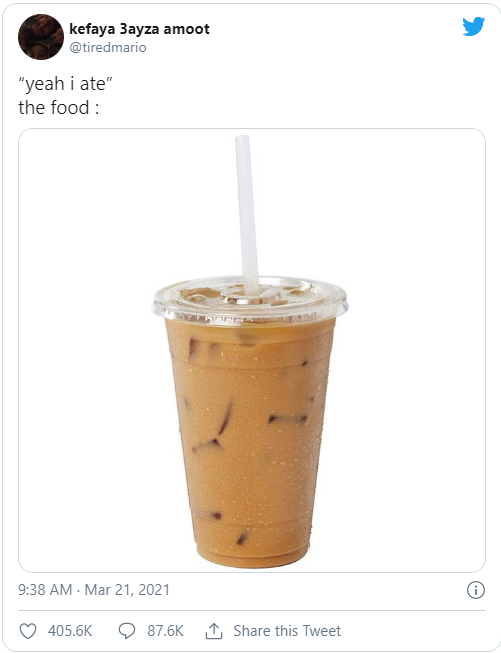 A new week comes with new memes! Let’s take a look at a few of the newest and freshest memes this past week. First on the list is the “Yeah I Ate” meme going around on Twitter. People have been sharing their favorite drinks and other items and having the caption, “yeah I ate”, then right under saying “the food:” and showing a picture of something that they have considered a “meal”. Here is an example of how people are using this meme.

Another meme follows the recent event where a ship got wedged in between the Suez Canal. A Twitter post uses a scene from the show “Friends” where they are trying to move a couch upstairs yelling “PIVOT!” connecting how the ship pivoted and became stuck, just as they were stuck on the stairs when moving the couch.