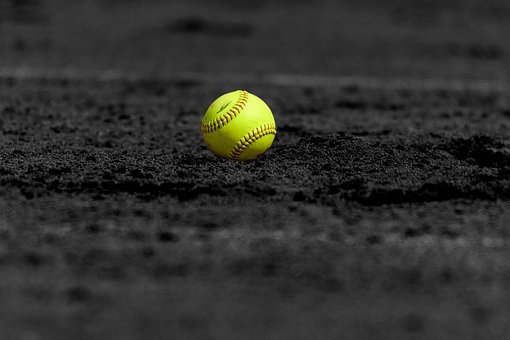 The Lady Rams won a hard fought game against the Wake Forest Cougars by a final score of 10-7 on March 17. The win moved the Lady Rams to 2-0 on the season. Different girls on the team told me how they felt about the game and how it should have gone.

It was a rough start for the Rams due to the first three batters getting out. Going into the bottom of the first inning, Zoey Jones was pitching, Iona Davis was playing first base, Ashyln Faulkner was at second base, Sage Farmer at shortstop, Lacy Smothers at third, Sarah Prosser in right field, Kylie Gilmore in centerfield, and Hannah Evans in left field.

Sage Farmer, starting her first varsity game as a shortstop, said, “It was my first game starting at short and I was not nervous at all because I treated it like any other time I was there. I knew I had to play to my best potential and had to make no mistakes to continue being a starter for each game.”

The first few batters for the Lady Cougars got hits off of Zoey Jones. There were runners on first and second, and M. Henthorn, a 21’ graduate, hit a three run-homerun, making the score 0-3 in the bottom of the first. Once three outs were made, Jones said, “I left it up in the zone, and she hit it out front and it went gone.”

Jones added, “Pitching in a mask for the first time was very difficult, and I could hardly breathe and focus on each pitch, which might have played a factor in me leaving the ball up in the zone.”

As a couple of innings went on, no more home runs were hit off of Jones.  At the top of the second, the next 3 Lady Rams batters scored and made the score 3-3.

As the game continued on, the Lady Cougars’ offense sputtered, and the Lady Rams scored 5 more by the bottom of the fifth.

In the top of the fifth, there were two outs with runners on second and third, and a ball was hit to Lacy Smothers at third base, and she threw to first baseman Iona Davis, but those two runners scored, bringing the Lady Cougars to within three runs of tying the game. Zoey Jones gave up two more hits after Smothers’ error, making the score 8-7 at the middle of the fifth.

Throughout the whole sixth inning, no one scored, but by the top of the seventh, the final inning, the score was 10-7 in favor of the Lady Rams. In the bottom of the seventh, Jones gave up no runs or hits.

Even though a couple of errors could have cost the Lady Rams the game, the team fought hard and came back for the win. Afterwards, Sage Farmer said, “I learned that one mistake can cost the game, even though we won it is very important to limit the mistakes.”

Mistakes can cost the team the win, but the Lady Rams managed to win and keep the undefeated record of 2-0.