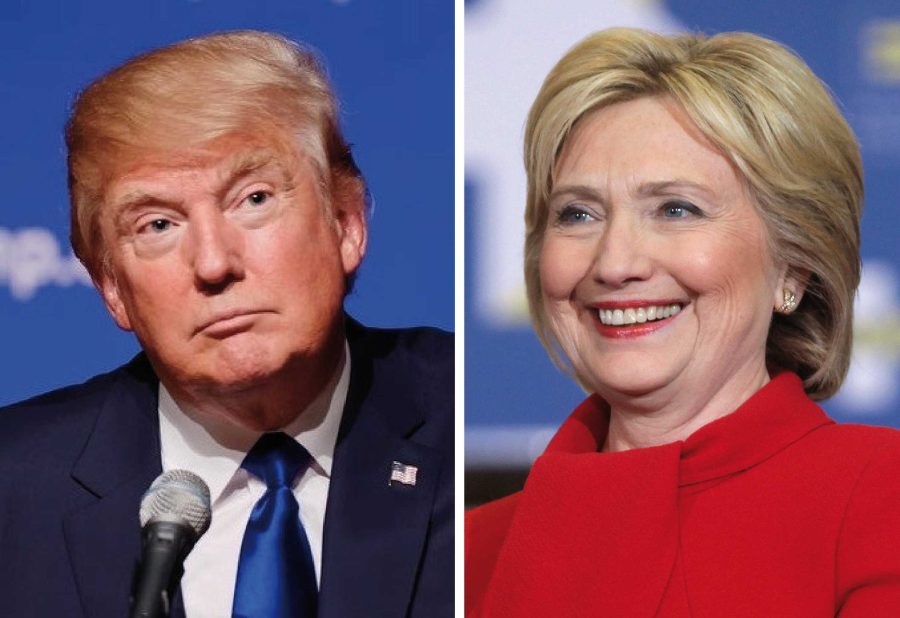 This presidential election will more than likely be one of the most competitive races of our lifetimes. Voter turnout is estimated to be around 60% this year, slightly higher than in previous elections. Trump leads in nationals polls by a hair with a narrow 1.8 point lead over Clinton with only one day to go.

However, the race is still extremely close and a clear winner cannot be picked out at this point because even though Trump leads national polls, early voter turnout in many important swing states favors the Democrats by a decent margin. Within the last month, both candidates have suffered some major blows to their campaigns.

Donald Trump was exposed for making some sexually explicit comments regarding women in 2005. Just this past week, Hillary’s email scandal was reopened for investigation by the FBI.

Clinton has been campaigning with somewhat of a defensive strategy, taking a break from the campaign trail and trying to silence any attention drawn to her email scandal. She is also probably trying to avoid a possible last minute mess up that could cost her the election.

Mr. Trump has still been campaigning aggressively, targeting mostly swing states that could make or break the election for him. In Gettysburg, PA Trump delivered one of the most memorable and powerful speeches of his entire campaign. He addressed issues of voter fraud, a rigged system, a dishonest media, and his first 100 day plan for America. Trump promised the American voter that he would “drain the swamp” in Washington, and stated that it was time for a “clean house”. Trump isn’t the only one who’s been delivering powerful words to Americans, however.

According to most polls, Hillary dominated the first two debates and took far more shots at Donald than he did at her. Current polls do show Trump with a lead. However, the lead has changed hands many times over a matter of days, giving many Americans reason to believe this one will go down to the wire.