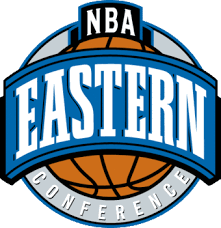 The Eastern Conference has some big activity going on in free agency and trades. First, down in Atlanta, there is a good chance Atlanta will try to make a push for Tim Hardaway, Jr. up in New York. He is a fresh player that could work well with Paul Millsap. They will also like to keep facilitating big Paul Millsap, as he boosts team chemistry. He is a huge impact on the court as a long lasting player, and he has the experience they need. They will lose Justin Holiday to free agency, as he looks to get a fresh start somewhere else.

In Washington, the Wizards made a huge trade in the previous off season when they traded John Wall, who is fresh off injury, for Russell Westbrook in Houston. Washington won this trade because Westbrook is a playmaking machine, while John Wall hasn’t played in a while, and does not know the atmosphere that the new players will bring.

Also, in Washington, another star of the team wants out: Bradley Beal. Fans can see through his horrible body language that he doesn’t agree with the organization and wants a change of scenery. There has been no official indication that he wants out, but he will most likely make a move in the off season instead of the between now and the deadline.

Brooklyn has made some huge deals, possibly creating a new super team. With this super team has come three great “iso” players. Who is the main guy when it comes to clutch time? Chef Harden, The Snake or A.I. 2.0? But after all the trading in for Harden, they don’t have any first round picks for years to come. With no first round picks, they will be in a deep hole when one of the big three gets injured or decides to move on.

The standings in the Eastern Conference has the same few powerhouses every year. But there are a few surprises, such as the New York Knicks almost having a winning record. The Miami Heat went from playing in the Finals to being number 11 in the conference.