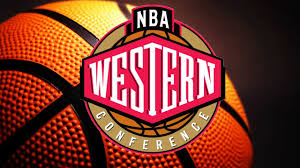 This will be everything fans need to know about the Western Conference of the NBA including standings, COVID-19 updates, trades and interesting events that happened involving teams from the Western conference.

The NBA has received positive COVID-19 tests once again. According to NBA.com, of the 454 players that have tested for COVID-19 since February 10, five new players have returned confirmed positive tests. According to ESPN, four of those players are a part of the San Antonio Spurs. Their next three games have been postponed.

There have been no big trades in the Western Conference lately. According to NBA.com, the latest transactions were the Rockets signing forward Ray Spalding to a two-way contract as they waived guard Brodric Thomas. The Timberwolves waived guard Ashton Hagans and only four days after being signed. The Rockets waived Ray Spalding.

There have been recent trade rumors about Harrison Barnes of the Sacramento Kings. According to Bleacher Report, Barnes is on the Boston Celtics’ radar, but the Celtics would have to offer a bunch of future draft picks and young talent for the Kings to consider the trade. This is because Barnes is important to the Kings lineup as he shot 61.5% from the field last season and is the only decent option when defending tall wing players. He also helped the Kings end their 14-year playoff drought last season. He is not a star, but he is definitely important to the Kings.

Zion Williamson makes history in his first 50 games of his career. According to NBA.com, Williamson made NBA history on Tuesday leading the New Orleans Pelicans to a 144-113 win over the Memphis Grizzlies. Williamson had 31 points, seven rebounds and six assists, shooting 13-16 (81%) from the field. Williamson is one of the four players in NBA history to average 24+ points and 60% field goal percentage in their first 50 games. The other three being Wilt Chamberlain, Kareem Abdul-Jabbar and Kevin McHale, all of whom are in the Hall of Fame.

The NBA announced the 2021 NBA All-Star Game starters today. LeBron James of the Los Angeles Lakers is the captain for the Western Conference, and Kevin Durant of the Brooklyn Nets is the captain for the Eastern Conference. Along with James, the Western Conference starters include Stephen Curry of the Golden State Warriors, Luka Doncic of the Dallas Mavericks, Nikola Jokic of the Denver Nuggets and Kawhi Leonard of the Los Angeles Clippers. The game will be held on Sunday, March 7 at State Farm Arena in Atlanta, home of the Atlanta Hawks.