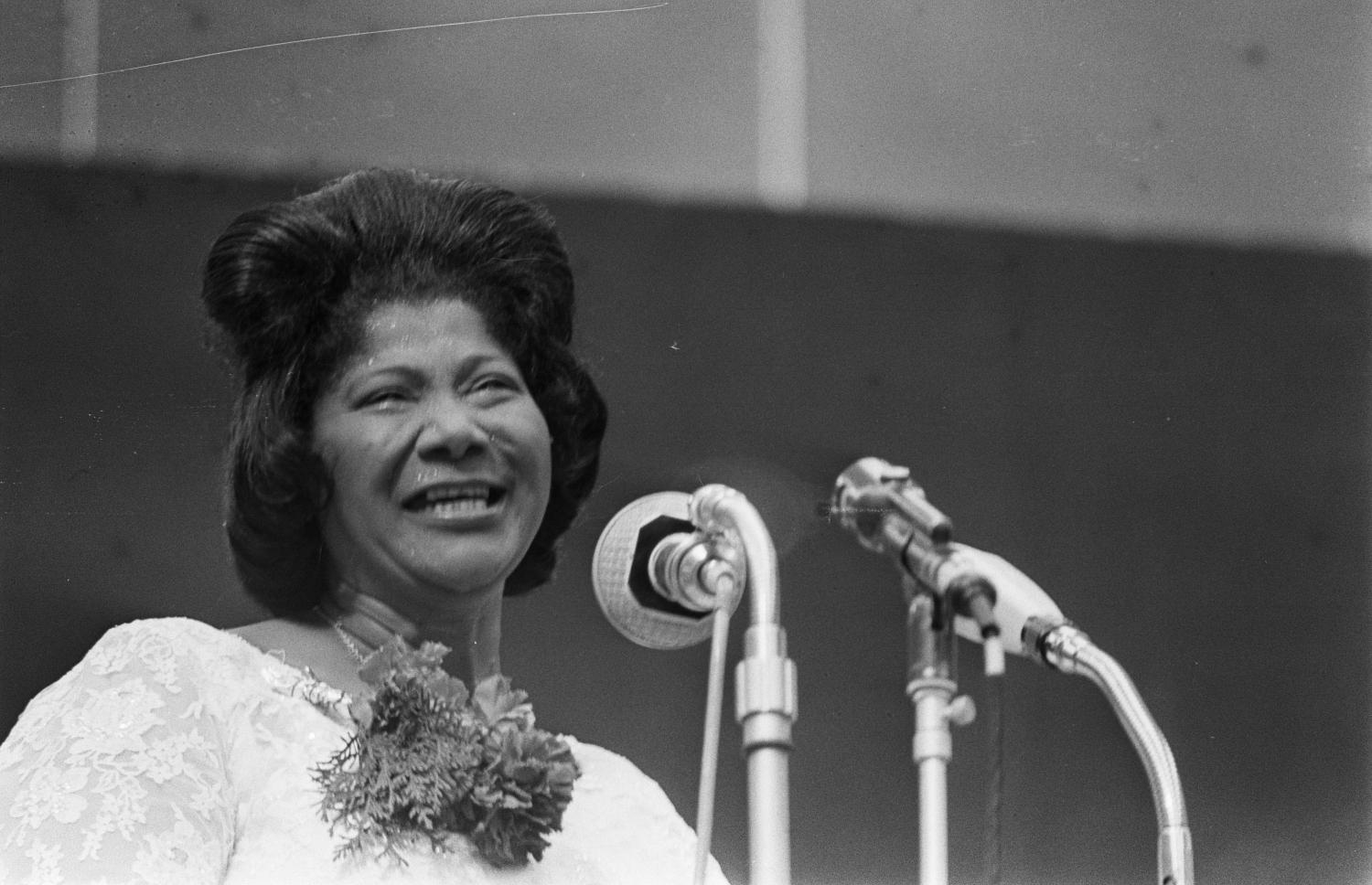 Black History Month is where we specifically celebrate and remember the black excellence throughout history. Although I celebrate black history all year, today I want everyone to celebrate some of America’s most influential musicians that played a powerful role in music today.

Music has always been apart of black culture and it dates all the way to the beginning of slavery. Slaves would sing the tempo of a song often depending on how the speed of the work was being done. This was a way for African Americans to bond  over common hardships which is still done to this day. During the Second Great Awakening, this music was then led into the church and then gospel music was born. Gospel music was a way to express the trials of slavery through the relating stories in the Old Testament. Thanks to gospel music, the world was able to experience the Queen of Gospel, Mahalia Jackson. Born in New Orleans, Louisiana in 1927, Mahalia Jackson grew up to be one of the most influential singers in music history with a career spanning 40 years. She helped spread the gospel in black churches during the time of racial segregation. Despite that, she performed in front of integrated and secular audiences and sold an estimated amount of 22 million records.

In the late 19th century, Jazz music was born and originated in New Orleans. It is European music intertwined with African and slave folk songs with influences of West African cultures. Jazz touched every aspect of American culture to fashion, the Civil Rights Movement and poetry. I can’t talk about the history of jazz without naming one of the greatest jazz musicians of all time, Louis Armstrong. He was a trumpeter, vocalalist, actor and his career spanned five decades. He touched the hearts of millions with his works and songs including ¨What A Wonderful World¨ which is in the list of best songs of all time. I can’t forget some amazing female jazz singers which include Billie Holiday and Ella Fitzgerald who paved the way for future generations of African American singers.

With the influence of jazz music, Rhythm and Blues was another genre of music that was created by Africans Americans. The songs were sung in a soulful style that once again expressed the challenges of being black in America. Stevland Hardaway Morris best known as Stevie Wonder is a R&B with a mix of motown prodigy that has sold millions of records worldwide.

There would be no Stevie without the legend, Ray Charles. He had a lengthy career with 17 grammys and he never let his blindness slow him down. Ray Charles combined gospel, R&B and country into a new genre called Soul, which birthed the Queen of Soul, Aretha Franklin.

Hip Hop music is a mixture of funk and disco which is currently the most popular genre of music which is dominated by African Americans Musicians. There wouldn’t be Lil Baby or Young Thug without the hip hop pioneer Dr. Dre. He is a rapper, singer, entrepreneur who rose to fame with rap icons, N.W.A in the 90s.

Some honorable mentions for some very influential entertainers in music history is the legendary Michael Jackson and Icon, Beyonce.