Well, after the craziest and weirdest NFL season to date, the playoffs are upon us. They have been for two weeks, and for two weeks there’s been fun football. From the Rams beating the Seahawks to knock them out in the first round to the Bills narrowly beating the Colts, it’s been wild.

The Browns getting their first playoff win in over 12 years is one of the leading stories. As well as Tom Brady, in his first year in the NFC, already in the NFC Championship. There’s no better answer to a crazy regular season than with an even crazier and more entertaining post season. And crazy, it has been.

In the Wild Card round, there was loads of entertainment. The Washington Football team was two possessions away from beating the Buccaneers, losing 31-23. The Bills, Rams, Saints, and Ravens reigned supreme, all beating their opponents with little shock to most. The most entertaining game, however, was the Cleveland Browns running over the once considered best team in the NFL Pittsburgh Steelers in the highest scoring game of the playoffs so far, 48-37. Wild card weekend was a crazy two days, cramming six games in the afternoons, back to back to back. Though the road to the playoffs was bumpy for every team, it was so worth it for both the players and the fans.

Moving to the Divisional round, there was only one upset. Tom Brady led the Tampa Bay Buccaneers past the favored Saints to take the Bucs to Lambeau Field where they’ll play Aaron Rodgers and the Packers in the NFC Championship. Speaking of the Packers, the MVP favorite Aaron Rodgers made the league’s leading defense in the Los Angeles Rams look like a high school team, scoring 32 points and holding the Rams to just 18.

The Buffalo Bills beat the Ravens in a surprisingly low scoring game, racking up 17 points. Six of those points coming from a record tying 101 yard pick six by Bills DB Taron Johnson.

Finally, the Chiefs nearly lost to the Cleveland Browns after star quarterback Patrick Mahomes went out with a concussion in the third quarter. They won 22-17, though there’s a chance that Mahomes will be out for the AFC Championship against the Bills.

All in all, the playoffs have been better than anyone could have predicted. Fun games and surprises plus a fun future ahead. Tom Brady could be in the Super Bowl again after Sunday. This time with a different team in a different division in a different conference. Aaron Rodgers could win the MVP and the Super Bowl. It’s all too exciting for fans that thought at the beginning of the season that football would, for lack of a better term, be cancelled. There’s no certainty that things stay this good in the future. But as every football fan and sports fan in general is probably doing right now, all we can do is hope. 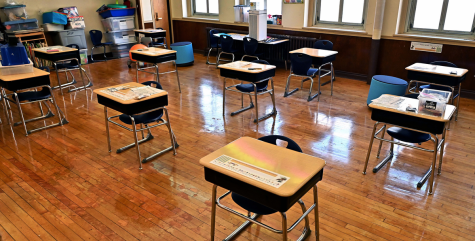