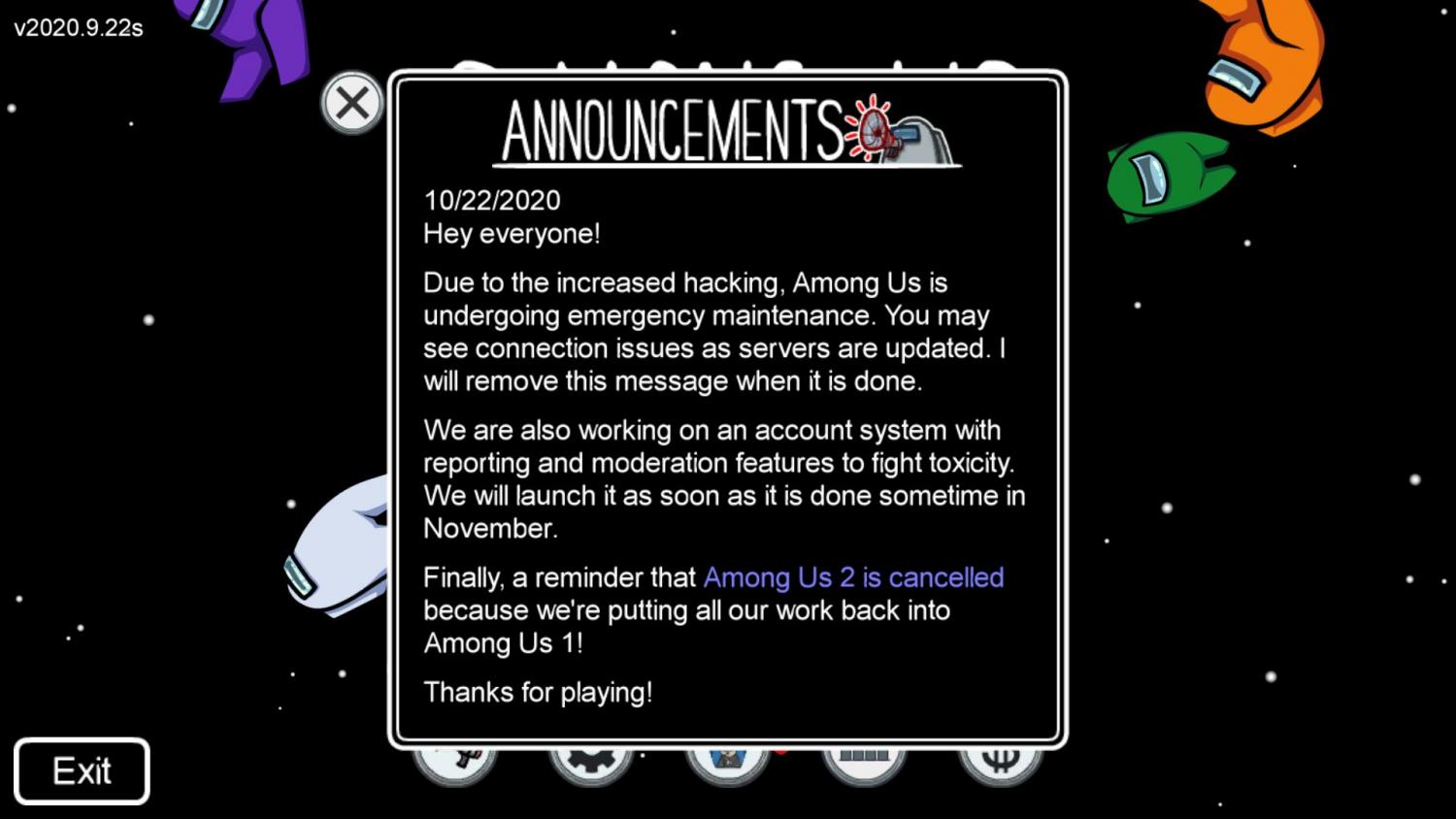 With “Among Us” gaining popularity, hackers are starting to show up.

Players have reported that a Twitch streamer with the username ‘Eris Loris’ joined their game, spamming the message ‘TRUMP 2020’ and threatening to damage their devices if they do not subscribe. Eris Loris has said it is “to see reactions and for the lolz.”

Of course that’s not the only issue. Another hacker has glitched games to where when players join, all they see is a black screen. Other hackers have used cheats to improve movement speed, instant killing in lobbies, ending voting rounds, and using vents as a crewmate. People are installing mods to allow them to get instant wins as well.

Innersloth has announced they are working on the issue, with another recent announcement of “Among Us 2,” though they haven’t started the production because of all the glitches and issues going on caused by hackers. Innersloth has also said that until the issue is fixed, to play on private games, or to avoid playing in general until everything is fixed.

Everyone hopes to see the game running as it should be soon.