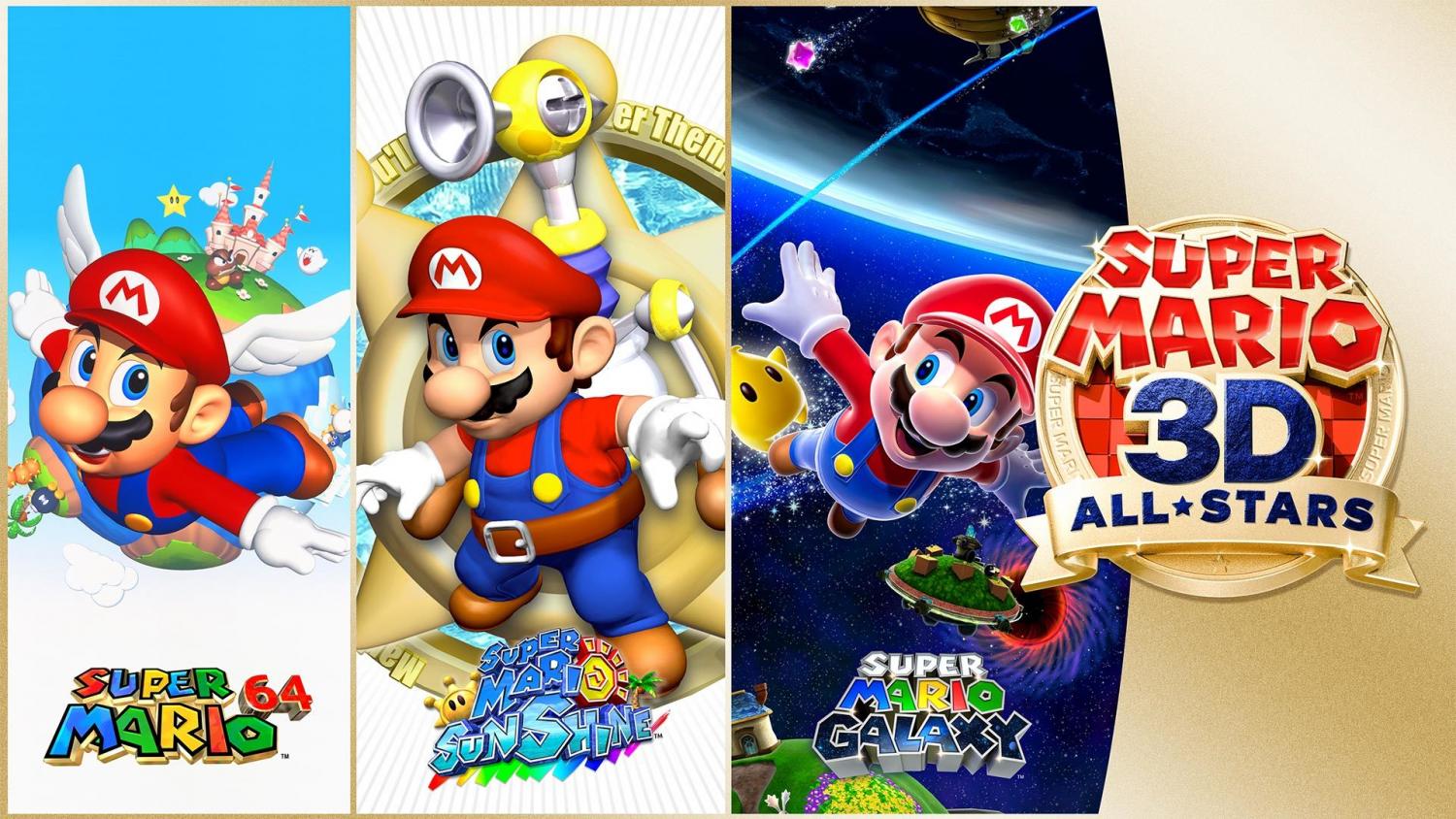 A lot of people were excited when the game was announced for “3D All- Stars” because it was a sense of nostalgia for these old games to be ported to the current generation of Nintendo consoles.

“Super Mario Sunshine” was launched on the GameCube in July 19, 2002, and was the second 3D platform in the Mario series. This games takes place on an island called Delfino where Mario and Peach are taking a vacation, and Mario is copied by a magical paintbrush, leading to the creation of Shadow Mario. This is where Mario acquires a sentient water jetpack called F.L.U.D.D, and it’s up to them to save the island of Defino.

Last but not least, “Super Mario Galaxy” was the third 3D platformer in the Mario series and was released on November 1, 2007, on the Nintendo Wii and also has a sequel, “Super Mario Galaxy 2,” that came three years later on May 23, 2010.  In “SMG” (Super Mario Galaxy), players can either choose to play as Mario or Luigi, and they can embark on a journey to save Princess Peach from Bowser and save the universe by collecting 121 power stars.